Whooping Cough and Pertussis – Is Your Child Protected? 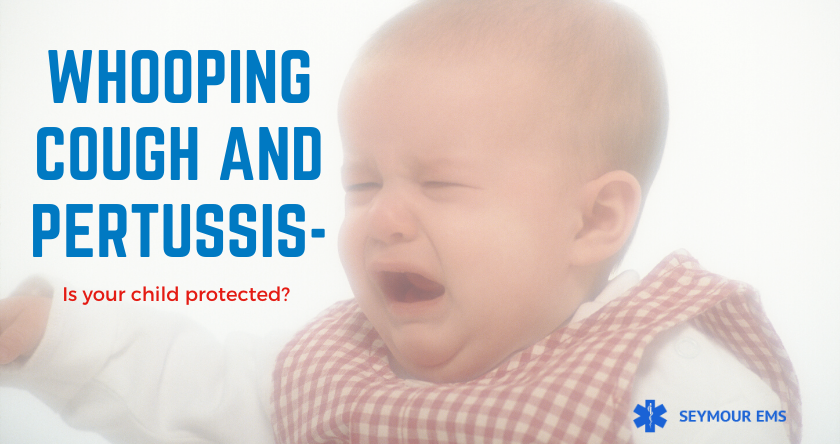 What You Should Know about the Deadly Whooping Cough/Pertussis Disease

There are a lot of dangers that we face in the world today, but perhaps the most frightening of them all are diseases. What I fear most about diseases is that many can be contracted just by coming in contact with someone carrying it or even worse, some are airborne to where you can catch it just by breathing. Another thing that scares me about diseases is that many have no cure and can result in death, such as the Whooping Cough also known as Pertussis.

What is Whooping Cough and Pertussis?

Whooping cough is another term used for pertussis, which is a highly contagious infectious respiratory disease caused by a bacterium. While the disease can affect individuals of all ages and be life-threatening to anyone, it is mainly contracted by babies under a year old and usually very serious or even deadly. The reason why it affects babies at such a young age is that they have not received their vaccinations yet. It also affects children from the ages of 11 to 18 years since their immunity starts to fade around then.

The pertussis infection causes severe, violent, uncontrollable coughing called “coughing fits” that makes it extremely hard to breathe and usually results in a high pitched whoop sound while breathing in. Pertussis is one of the most common infectious, vaccine-preventable diseases among children under 5 years old in the United States and according to the control and prevention CDC, it is on the rise.

What are the Symptoms of This Illness?

There are three stages to the disease;

The first stage is the runny nose (catarrhal) stage that typically lasts 1 to 2 weeks. This is also the most critical stage as it is the only stage that antibiotics can be used to eliminate the progression of the disease. During this phase, symptoms are similar to an upper respiratory infection or a common cold and may include nasal congestion, sneezing, slight cough, and in some cases, a low fever.

The second stage is the paroxysmal stage that can vary in duration, typically ranging from 1 to 10 weeks. This phase may have side effects that include intense, drawn-out coughing that tends to be more prevalent at night and vomiting or choking.

The third stage is the convalescent stage that can last weeks or even months. At this stage, the chronic cough becomes less paroxysmal with fewer coughing outbursts.
During a coughing outburst, infants may turn red or purplish and even stop breathing for several seconds, which is known as apnea. And, not everyone will have the whooping sound when breathing.

How Do you Contract the Illness?

Whooping cough is highly contagious and can be transferred from person to person through tiny drops of fluid that an infected person releases in the air when they sneeze, talk, cough, or laugh. Someone can either breathe in the fluid that is airborne or get it on their hands and then touch their eyes, mouth, or nose to contract it.

Those infected with the illness are most contagious in the early stages of the disease until around 2 weeks after they begin coughing. Once antibiotics are taken the period can shorten to 5 days after treatment began.

How Can the Disease be Prevented?

For disease control and prevention, stay up to date on your immunizations, according to the centers for disease control. Your immunizations will include the whooping cough vaccine called Diphtheria tetanus, acellular pertussis (DTaP) vaccine that prevents against pertussis. Pertussis vaccines are administered in 5 doses before a child is 6 years old and experts recommend that children between 11 and 18 years of age also get a booster shot that consists of a new combination vaccine called Tdap. The only difference between the Tdap and the DTaP whooping cough and pertussis vaccine is that the Tdap vaccine has lower concentrations of tetanus toxoid and diphtheria.

The booster shots should also be given to those who are in close contact with infants a lot as well as adolescents and adults who never had their preteen shots as their immunity to the disease lessens over time. In addition, pregnant women during the second half of their pregnancy, even if they already had it, should also be given whooping cough and pertussis vaccine.