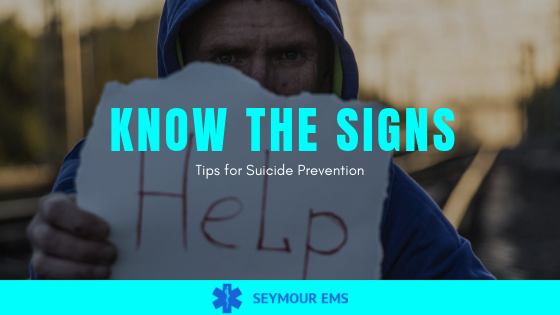 Suicide prevention is a popular topic of discussion in today’s society. Understanding the risk factors, knowing how to prevent loss, and what you can do to help is a huge resource for those you love. In today’s fast-paced, high-stress society, it seems that mental illness is on the rise. The best way to combat this treatable disease is to know the signs and do everything you can for suicide prevention.

How Did We Come to a Time When Suicide Prevention Became Essential?

Across the world, suicide is defined as the intentional taking of one’s own life. While the word suicide is universally known, it carries different traits depending on the culture. In fact, suicide is considered a criminal offense or religious taboo in some places, and even an act of honor in others.

Finally, assisted suicide is another term used in the context of suicide. This is a very controversial topic in the medical field. It refers to the act of assisting another person in taking their own life. When someone is accused of being involved in assisted suicide, they have been found to provide the means to carry out suicide or advice on how to do it.

In cases where one or more risk factors exist, the likelihood of suicide is higher. For example, if you suffer from a psychiatric disorder and use alcohol, you are more likely to fall victim to suicide. When risk factors co-exist with access to a means of suicide, the instances of suicides also increase. For example, rates of suicide in homes with a gun are higher than homes without them. When you add psychiatric disorders to that risk, it becomes greater.

Mental disorders are widely known as the most significant risk factor for those who commit suicide. Studies show that up to 90% of individuals who take their own lives are suffering from some sort of mental illness. Mental health disorders with the highest risk of suicide include:

The following statistics on suicide have been reported by the CDC:

Suicide prevention methods and treatment are based on patient risk factors. When a person experiences suicidal thoughts or acts on suicide thoughts, treatment is likely prescribed. Patients who suffer from mental disorders will likely be placed on a treatment plan for suicide prevention. The most common treatment is known as talk therapy. Medically referred to as Cognitive Behavioral Therapy or Dialectical Behavior Therapy, talk therapy comes in two forms.

Cognitive Behavioral Therapy, or CBT, helps teach patients new ways to deal with stress and stressful experiences. When thoughts of suicide arise, these patients are taught to redirect their thoughts and cope with them in a way that prevents them from committing suicide.

Dialectical Behavior Therapy, or DBT, is used to help an individual recognize their unhealthy feelings or actions. The therapy introduces techniques to deal with hard situations. In addition to these two types of therapies, medications have also been prescribed for suicide prevention.

Another means of prevention is awareness, especially among medical professionals. Since studies show that many individuals who commit suicide had sought medical attention within a year of their death, it’s likely that warning signs have been missed in the past. Increased awareness and education can help decrease the rates of suicide drastically.

Finally, suicide crisis hotlines are an effective way to prevent suicide. If you or someone you love is suicidal, they can call the National Suicide Prevention Lifeline at 1-800-273-TALK. This hotline is available 24 hours a day, 7 days a week. All calls are confidential and anyone can call the toll free line.

How Can You Prevent Suicide?

Outside of the larger means of suicide prevention, we can all help reduce the risk as individuals. If someone you know is thinking about suicide, follow these tips:

Remember, if being aware of the signs is the best way to prevent suicide if someone you love is suffering from suicidal thoughts. If the suicide prevention hotline doesn’t work, take your friend or family member, or yourself, to a psychiatric hospital walk-in clinic, hospital ER, urgent care, or clinic. In an emergency, you can count on us. Call 9-1-1 if you or someone you love needs help.