What is Internal Bleeding & What Should I Know? 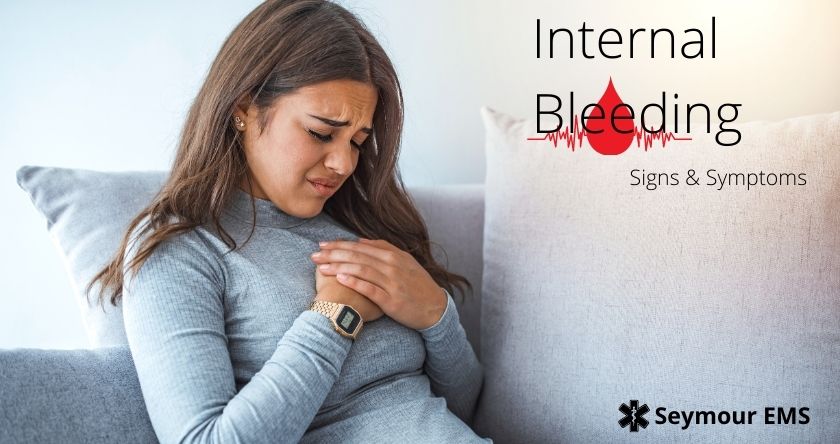 Internal bleeding can be a pretty scary topic. While an injury that damages the outside of your body is easy to see, internal bleeding occurs inside of your body and can be a major cause of concern. When an injury occurs on the outside of the body, it generally involves a cut, or tear, in the skin that bleeds. In these cases, you can see what hurts and can pinpoint the cause of the problem.

Internal bleeding can be the indication of a serious condition. If someone you know suddenly develops the following symptoms, you should seek medical attention immediately:

There are many other signs and symptoms of internal bleeding including dark stool, bruising around the naval, and on the sides of the abdomen. Internal bleeding is a symptom of an injury, serious condition, or disease. Sometimes, the source is easy to identify. Sometimes, it is difficult to determine what is the source of the bleeding.

If you have been in an accident, the cause of your bleeding is obvious. It is most likely a result of some sort of trauma from the accident. But, some medical conditions may also cause internal bleeding. Here are some likely causes of bleeding:

There are also life-threatening issues that can cause internal bleeding. These include:

Diagnosing the bleeding is crucial to your health and safety. Diagnosis requires thorough testing by a medical professional and may include tests, a physical exam and a review of your medical history. In some cases, X-rays or CT scans may be necessary.

Mild cases sometimes only require rest and symptom control. But, more serious cases require more extensive treatment. Treatment may include finding the source of the bleed, stopping the bleed, and repairing any damage caused. The main focus in treatment of the bleeding is to stabilize your body and ensure your safety.

Internal bleeding is a serious and often scary medical condition. When you educate yourself on the topic and know what to expect in the unfortunate event that you or someone you love is internally bleeding, you will be more prepared to handle the condition. As always, talk to a qualified medical professional if you feel you have displayed the signs of the bleeding. Your safety is a priority, and we’re always here to help!